It’s not an overstatement that Mono is one of the most anticipated restaurant openings at the turn of the year. Chef Ricardo Chaneton has showed Hong Kong what he could do with his first gig in town at Petrus of Island Shangri-la for the past 4 years, and going solo at his new namesake restaurant meant he’s given even more freedom to show off his contemporary French cooking style. 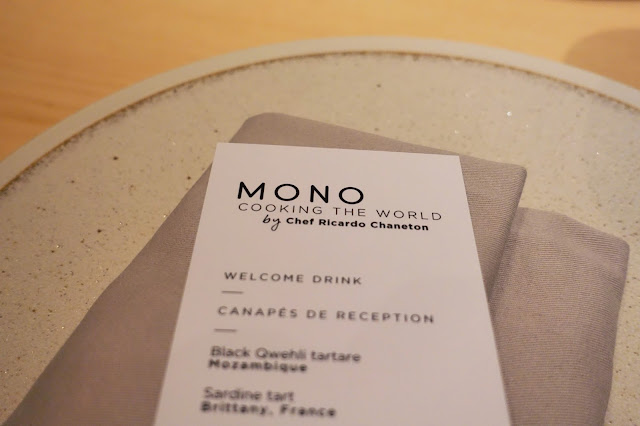 We were there in one evening when he’s doing a special menu for Qwehli, a Brittany-based seafood specialist working with some of the top chefs and restaurants around the world, and as you could imagine, the 8-course dinner menu was all about seafood. The restaurant is certainly in good company with a few fine restaurants under the same roof in Central, and I love its unique setup with the open kitchen along with a long counter which could easily seat 10-12, plus the main dining area which could easily be converted in private room for special function. 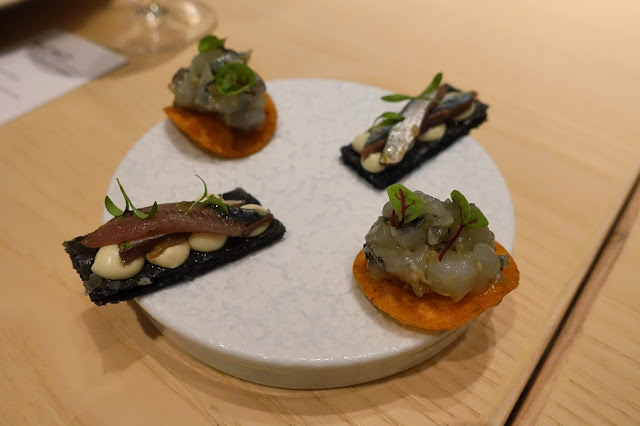 We began with a pair of canapes – the black qwehli tartare and sardine tart. The tartare was prepared using a special tiger prawn breed from Mozambique. The taste and texture reminds me of the Japanese kuruma ebi, served with minimal seasoning on a crispy corn tortilla. The sardine tart has a more punchy taste made using baby sardines from Brittany. Both were excellent. 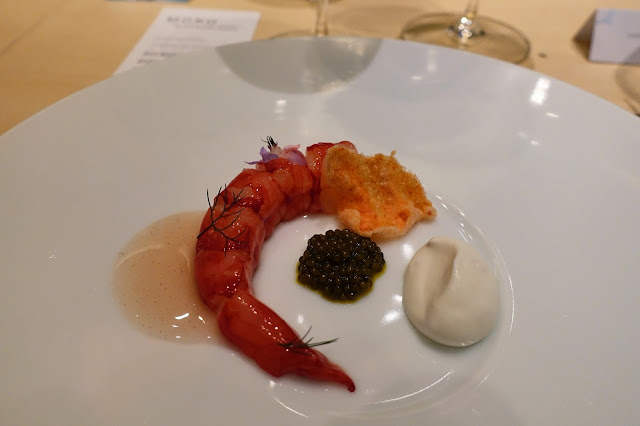 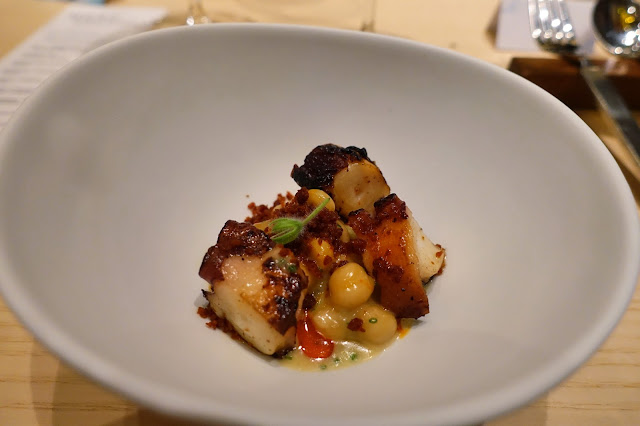 The Spanish Carabineros was served de-shelled and as whole, with dollop of caviar and shallot cream on the side. The shrimp was outstanding with smooth and almost creamy texture with lots flavor, and the cream and caviar worked well as accompaniment with the accent umami flavor. I felt the Octopus dish showed flair of Chef Ricardo and his Hispanic root with octopus braised, grilled and sliced thick, and served with chickpeas and bits of chorizos. I like the octopus with a good bite and worked well with the smoky flavor of the chorizo in a tapas-like presentation. 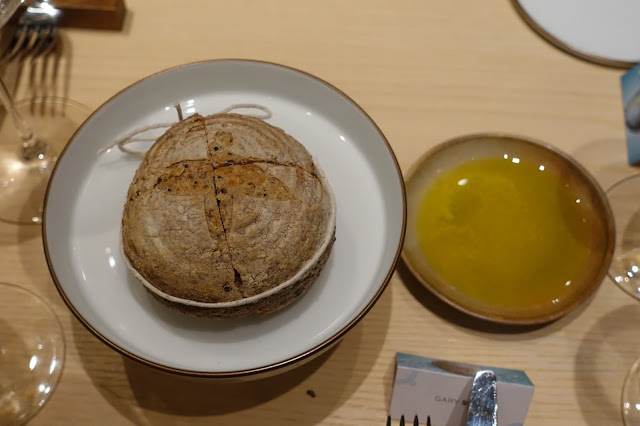 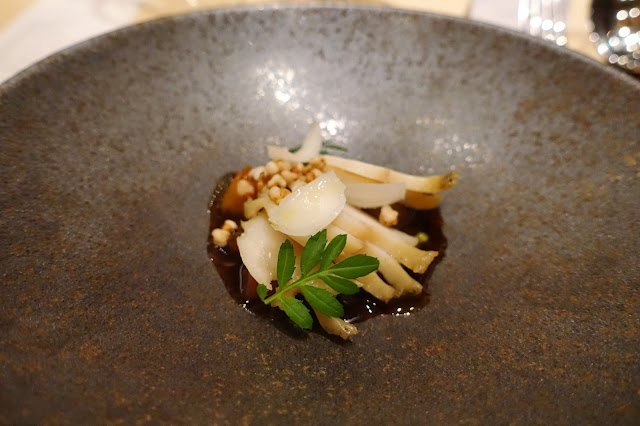 We took a break from seafood with the intermission course of house-made sourdough bread served with the special olive oil from Catalunya. Couldn’t go wrong with the warm bread baked with the dough mixed with 3 types of quinoa with plenty of rich extra virgin olive oil with clean flavor and a hint of nuttiness. We continued with 3 more savory courses – turbot with celeriac mousseline and shaved black truffles, abalone with veal tendons and seabass with winter root vegetables. Abalone was the most impressive one, with the unique turf and surf combination complete with lily bulbs and sancho pepper leaf for an Asian touch. Dessert was a simple one yet with coherent with the seafood theme, with sponge cake with a creamy white chocolate sauce with meringue mixed with sea lettuce.

I went for the wine pairing option and served a few glasses to go along with the menu. I like the Torrontes from Mendoza, bright and crisp, with the floral aroma reminiscent of an old world viognier. The Chilean cinsault was an interesting one with the earthy mid-palate, some red fruit and no tannins - not a fan at first sip as I thought it's a bit off balance, but it got better after some time. At the end we were served a cup of the traditional mate cocido tea, bringing the meal to a soothing end.